To develop informed, historically adept and literate students who can make good, safe and ethical choices in an ever-changing world and recognise the opportunities for employment in the 21st century. To give all students the knowledge and cultural capital they need to succeed in life.

The TSAT History department believes that a solid grasp of the history of the world is hugely important in young people developing as open-minded, free thinking, questioning and articulate members of society. The History department will ensure that enjoyment and understanding of the subject is pursued through understanding of the cultural, social and economic complexities of the past. They will understand differing cultural contexts in their pursuit of knowledge of the subject.

The History our students study takes them on a chronological journey across Key Stage 3 allowing them to make sensible connections to their prior learning each half term. We aim to ensure our pupils will be equipped with all the historical skills necessary to interpret sources, analyse evidence and understand the past. They will be able to construct coherent arguments by considering different opinions about the past. Learning will cover a range of periods from the events of 1066 and the Norman Invasion, the Industrial Revolution, the spread of the British Empire, the Cold War and the War Against Terror. All these topics, from different eras, will provide pupils with the vital skills for understanding the world today.

Through fostering a passion for the subject through dynamic teaching and rigorous assessment, pupils will become well-versed in the importance of interpreting the past in order to understand the present, and consider the future. Our pupils will appreciate and understand the diverse nature of modern society and be able to effectively communicate knowledge and understanding and be confident, articulate citizens. For our aspiring historians we aim to provide a clear route to allow success academically as well as offering transferable skills that will equip all pupils for future success.

We will endeavour to ensure that we deliver an age appropriate, high quality learning experience, inclusive for all students; where students are natured, challenged and encouraged to learn, working in partnership with our staff.

Half Term 1 & 2: History Skills and the Roman Empire

Student’s will study an introduction to essential History skills such as the use of time nd chronology, anachronisms, using evidence and source analysis and evaluation. They will do this by carrying out an investigation into the rise and fall of the Roman Empire.

Students will study the causes, events and consequences of the rise of the Islamic Empire and will be able to draw comparisons between it and the Roman Empire.

Students will study the causes, events and consequences of the rise of the British Empire and will be able to draw comparisons between it and the Roman Empire and Islamic Empire.

Half Term 1: How much power did the King really have

Students study the medieval period in regards to the succession crisis of 1066 and subsequent challenges to the monarch’s authority for example the Barons forcing King John to sign the Magna Carta, the fall out between Henry II and Thomas Beckett and the causes, events and consequences of the Peasants Revolt. They finish by studying the reign of Henry VIII focussing on how he used his power to reform religion in England etc.

Half Term 2: How much power did the people really have

Students will look at how the people challenged the rule of Monarch and Parliament, they will focus on key events such as the Gunpowder Plot, Causes, events and consequences of the English Civil War, the Interregnum, the Glorious Revolution and restoration of monarch and the growing power of people and parliament.

Students will study Africa before slavery, Capture, the Middle Passage, Slave Auctions, Life on a plantation, Revolt and resistance, Abolition, History of transatlantic slavery and how it resulted in the growth of industry both in America and Britain.

Half Term 4: The Industrial Revolution

Half Term 5: Edwardians and World War One

Students will study life in Edwardian Britain and how different classes in society were treated. They will look at the emerging Women’s suffrage movements and the growing threat of war.

Half Term 6: World War One

Students will study the Long term and short term causes if the war, the Schlieffen Plan, Trenches, Recruitment, the Battle of the Somme, Empire troops

Half Term 1: The Inter-war years

Students will study the Treaty of Versailles 1919, life in Britain in the 1920s and 30s, the fear of Communism and the growth of Fascism.

Half Term 2: WW2 and the Home Front

Students will study the main events of the war and what life was like in Britain on the Home Front eg evacuation, rationing role of women etc

Half Term 3: The Holocaust

Students will study the events of the Holocaust, how and why it happened and why it is so significant.

Half Term 4: The Cold War

Students will study the causes, events and consequences of the Cold War 1946-1991. They will focus on events such as the division of Germany, the growing threat of Communism, The Cuban Missile Crisis and the Vietnam War.

Students will study the causes of South African apartheid and its Impact and consequences. They will look at how key figures such as Nelson Mandela and key events such as the 1994 Rugby World Cup and 2012 Football World Cup has helped to shape modern day South Africa.

Students will study the History of Protest focussing on Civil Rights – movements and events to include the Jim Crow, Civil Rights Protests, Montgomery, Selma, Malcolm X, and Outcomes. Students will focus on events and protests such as Race Riots, Gay Liberation Front and make links to recent events such as the BLM movement and the LGBTQ+ movement.

Focussing on its structure, features, use and change over time, different interpretations of the castle and this will also include a visit to the site and guided tour.

Students will then study Paper 2 components

Focussing on Life in Anglo-Saxon England, Edward the Confessor’s death and the succession crisis, the battles of 1066, rebellion and revolt and how William secured power.

Focussing on the causes and responses to the outbreaks of the Black Death, living conditions in towns and how this changed over time. The role of the government and changes in housing.

Focussing on migration to the west, impact of migration on Native Americans, slavery and the slave trade, the causes, events and consequences of the cvil war and the groth of towns and business.

Focussing on propaganda and terror, life for men and women, the Hitler Youth, the persecution of the Jews and Germany at war.

Key concepts in History are 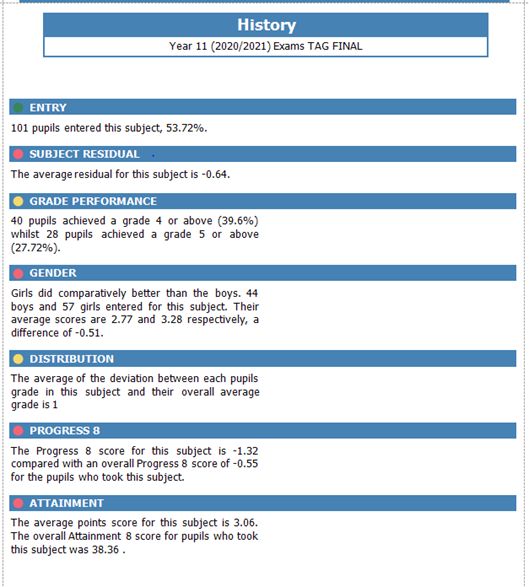